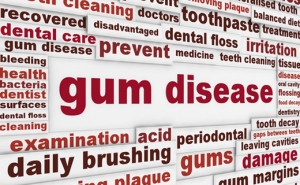 Periodontitis plays a major role in patients with diabetes, they are at a greater risk for mortality from cardiovascular disease and kidney disease. The National Institute of Dental and Craniofacial Research states that people with noninsulin dependent diabetes mellitus(type2) are three times more likely to develop periodontal disease compared to nondiabetic individuals. Severe periodontitis including alveolar bone loss is a precursor to Rheumatoid Arthritis according to recent study.

Harvard school released a study stating men with periodontal disease are at a higher risk of pancreatic cancer. A study from Case Western University states that a strain of bacteria which is known to cause periodontal disease is found abundantly in tissues from colorectal cancer patients.

In conclusion periodontal disease contribute to several systemic disease… changing your oral hygiene habits and having a routine check up with your dentist can change your lives for good and reduce the risk of some life threatening diseases.

It’s a great deal to think outside the box… saving teeth saves lives !!